You are here: Home / Crime / Courts / Minnesota man pleads not guilty in death of UW-Stout student 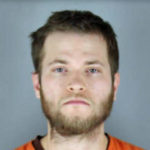 A Twin Cities man accused in the beating death of a University of Wisconsin-Stout student from Saudi Arabia has pleaded not guilty. Twenty-seven-year-old Cullen Osburn is charged in the death of 24-year-old Hussain Saeed Alnahdi.

Osburn made an appearance Monday in Dunn County Court, along with his attorney, Chris Zipko of St. Paul. The Eau Claire Leader-Telegram reports that Zipko sought a reduction in the $75,000 bond, arguing that that Osburn contacted Dunn County law enforcement and made no effort to flee. Zipko contended that Osburn did not waive extradition right away because he wanted to see what was in the criminal complaint, but would waive any future extradition hearings.

Dunn County District Attorney District Attorney Andrea Nodolf argued against reducing bond. “It is just not that easy to go to Minnesota and find the defendant and pick him up,” she said. Nodolf said that while Osburn did contact authorities back in November, he then cut off contact. Dunn County law enforcement had his home and work address and went there but could not locate him. He was eventually picked up on a warrant.

Alnahdi, who came to UW-Stout from Saudi Arabia to study English as a second language, was a junior majoring in business administration.

Osburn is scheduled for a preliminary hearing April 20. He faces charges of felony murder and aggravated battery in the death of Alnahdi.