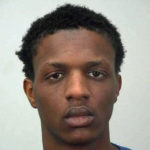 A man appeared in Dane County court Friday, charged in connection to what investigators allege was the repeated sexual assaults of a teenager – sexual assaults streamed live over Facebook.

Also charged in connection to the crimes are 20-year old Lashaun Cole of Sun Prairie, 21-year old Kashawn Redus of Madison, as well as a Madison 17-year-old. Assistant Dane County District Attorney William Brown says all three are the subject of arrest warrants.

Brown Friday told a court the sixteen year old victim was held captive, and sexually assaulted “…by eight to ten guys,” with the crimes being live streamed over Facebook. Brown also said those involved can also been seen waving guns.

A criminal complaint states the victim was also posed and photographed naked, with the photographs then posted to Backpage.com. Court records state that the men arrived at an apartment in the 1100 block of Moorland Road, expecting to pay for sex with the girl. Court records say the teen had been listed as missing and endangered, until Sun Prairie Police officers made contact with her.

Dane County Rape Crisis Center Erin Thornley Parisi said this crime is part of a “disturbing” new trend. “It cannot be acceptable for us to allow this to happen,” Parisi said. “My heart goes out to her. It’s really sad.”

A similar case occurred in Chicago, where a 15-year-old girl was also gang-raped over Facebook Live. In the Madison case, the teen reportedly told police that the assault was part of a “gang initiation”.

The four men collectively face a total of twenty felony crimes, including charges of conspiracy to commit sexual exploitation of a child – filming. Madison Police officials say their investigation is ongoing.