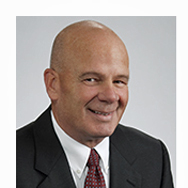 A change in policy by Rotary International has prompted state Representative Bob Gannon to walk away from his local chapter.

Gannon says he found out over the weekend that chapters can no longer be associated with guns or gun-related events. The Slinger Republican says that means groups like his can’t host or be involved in events such as gun shows, shooting events, gun raffles, or hunter safety education courses. “We have supported in the past 4-H groups, Boy Scouts, things of that nature…they teach shooting safety. My reading of the rules are we can no longer help any group that wants to teach young people how to be safe around firearms.”

The ban on firearms apparently falls under a Rotary policy that says clubs cannot be involved with organizations or projects that “support the use of harmful products.”

Gannon had been a member of West Bend’s Sunrise Rotary Club for 23 years and says he plans to take a leave of absence from his local chapter. He also asked members to send a letter to Rotarty International asking them to change the policy, although he’s not optimistic it will do any good. “Expecting this to have no impact on their decision, I will then be resigning my membership in an organization that I love, an organization that I served as president of and a club that has had such a positive impact on West Bend, the city that I call home.”