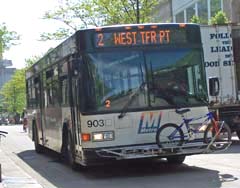 The Wisconsin Supreme Court has overturned a ruling that had allowed Madison to ban city bus passengers from carrying concealed weapons.

Gun-rights group Wisconsin Carry challenged the policy, arguing that the state’s concealed carry law prevented the city from banning permit holders from having a weapon on buses. A Dane County judge sided with city, and an appeals court upheld the ruling, but the state Supreme Court reversed that in a 5-2 decision.

Writing for the majority, Justice Daniel Kelly said cities do not have the ability to right regulations stricter than what the concealed carry law allows, as long as permit holders are following the law. His opinion notes the law does allow some restrictions, which are clearly defined and include locations such as jails, mental health institutions, and courthouses.

In her dissent, Justice Ann Walsh Bradley contends the prohibition is within the power of Madison’s bus service, since it was only a rule – not a ordinance approved by the city itself. “Bus policies are limited in scope and apply only to members of the public who choose to ride a Madison Metro bus,” she wrote.

The head of Wisconsin Carry and did not immediately respond to a request for comment on the decision. A spokeswoman for Madison Mayor Paul Soglin said he is waiting for the city attorney’s office to review the ruling.