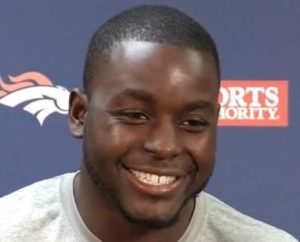 Former Wisconsin running back Montee Ball, in an interview with the Sporting News, says he drank heavily throughout his college and NFL careers, and through counseling has accepted he is an alcoholic.

Ball told SN that his heavy drinking began in 2011, his junior season in Madison, and throughout his brief NFL career when he would get drunk four times a week.

Ball said, “I was naïve enough to think my playing days would last forever. I would literally sit in the back of the room texting or being on Instagram not paying attention to the professional explaining to me about preparing for life after football and how important it is.”

Ball told the Sporting News, “I failed to use my platform to help others and to use the NFL as a stepping stone in life.  I surrounded myself with bad people, not on the team but in the city.  I was naïve enough to believe I had all the answers.  I’m still kicking myself in the butt for that.”

The Broncos waived Ball in 2015 after selecting him in the second round of the 2013 draft.  He was signed to the New England Patriots practice squad but never played a game for the team.

Ball was sentenced to 60 days in jail last August after pleading guilty to disorderly conduct and battery for his role in two domestic abuse incidents.

Ball learned last year that he was a father when a past girlfriend from Denver told him in a telephone call that she was pregnant.  He told the Sporting News the birth of his son, Maverick, “was the turning point” for him as he “realized I have a purpose to raise that kid.”

Ball said alcoholism runs in his family, starting with his grandfather and then his father.

Ball said he plans to resume classes at UW and eventually earn a degree.  He told the Sporting News he is focused on improving his image and relationships he destroyed.