You are here: Home / Agriculture / Legislation looks to recruit veterans into agriculture 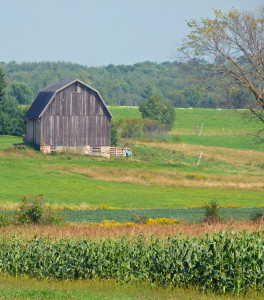 Legislation being introduced at the Capitol hopes to get veterans interested in careers in agriculture.

The proposed bill would create an outreach program through the Department of Agriculture, Trade and Consumer Protection, which state Senator Patrick Testin (R-Stevens Point) says would actively work to get veterans involved in the state’s $88 billion farming industry. “I think this is an opportunity to develop a talent pipeline from some of our hardest working men and women who have put on a uniform, to go into a field that requires hard work,” he says.

The bipartisan proposal also calls for the creation of a state-sponsored logo, which would be used to identify agricultural products that were made by veterans or their immediate families. Rep. Evan Goyke (D-Milwaukee), a co-sponsor of the bill, says that would allow even those in his urban Milwaukee district to help support veterans who farm. “In an intensely urban district I can be a part of this too, by identifying and supporting financially products that are grown by our veterans,” he says.

The bill is currently being circulated for co-sponsors.