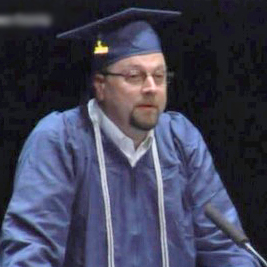 A Lincoln County sheriff’s deputy was justified in using deadly force against a Wausau man, according to a report about the incident.

The report, released Tuesday by the Lincoln County DA’s office after an investigation by the state Department of Justice, said officers acted property in the fatal shooting of 40-year-old Shawn Igers. Investigators determined that Igers fired first — once into the ground and twice more at officers at the scene. One of the deputies radioed “shots fired” and returned fire.

After being initially hit by a bullet, Igers fired at least twice more. The report says Deputy Shawn Steckbauer ordered Igers to drop his gun. There was an additional exchange of gunfire over a two-and-a-half minute period before Igers was fatally wounded.

The incident happened on February 27 on wooded land near County Highway FF in the Town of Corning.

Lincoln County District Attorney Galen Bayne-Allison determined no criminal charges would be filed in Igers’ death, ruling Steckbauer’s use of deadly force was justified. Deputy Steckbauer fired 25 shots during the exchange. Most of the incident was captured on his squad car’s dashboard-mounted camera.

Steckbauer was dispatched to the scene on a report of a Ford pickup truck in the ditch, arriving to find a man standing near the driver’s door, the report said. Steckbauer said something like “Hey partner,” and Igers responded, “Good, how are you?” Steckbauer noticed Igers holding a black object in his left hand before one shot was fired into the ground.

“Put the gun down,” the deputy demanded.

“(Expletive) you,” Igers said, before firing two more shots, one hitting the squad car windshield within two feet of where Steckbauer was standing.

Igers had a history of mental health problems, but was also a prominent student at UW-Marathon County. At the time of the incident criminal charges were pending against him for a burglary.