You are here: Home / Packers / Packers get some help at guard 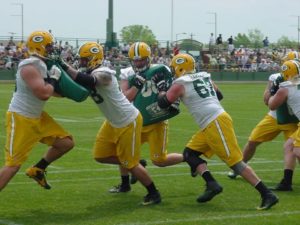