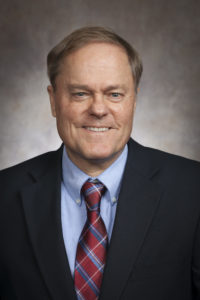 A Republican state lawmaker says it was the right decision for lawmakers to strip dozen of policy items out of Governor Walker’s state budget plan.

The Joint Finance Committee announced last week that it would be dropping 83 proposals from the state budget that had been identified as “non-fiscal” policy items – which means they do not effect state spending. The co-chairs of the budget-writing panel said those measures will be introduced as standalone bills instead.

Senator Rob Cowles (R-Allouez), who has long called for removing policy from the budget, said it was the right decision. “Policy…should be left out of the state budget, and taken up in separate bills…so you get a chance to fully understand the initiative and people have a chance for full transparency,” he said.

Larger items dropped included changes to the prevailing wage law, while another would have affected the multi-state Great Lakes compact. Cowles said such controversial ideas deserve a full public hearing and committee vote.

While the items will not be in the budget as lawmakers begin debating the plan later this spring, there is the potential that lawmakers could add some of the provisions back in during executive sessions that will take place starting next month. Cowles said that’s something that has happened many times before, and he will be watching to see if it does again this year.