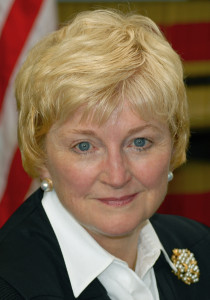 State Supreme Court Chief Justice Patience Roggensack will continue to serve in that role for another two years.

Justices on the court have voted to keep Roggensack in the position, which she has held since a state constitutional amendment was passed in 2015 that changed the process for naming the chief justice. Prior to the amendment’s passage, the position was held by the most senior member of the state Supreme Court – which is currently Justice Shirley Abrahamson.

In a statement, Roggensack said it’s an honor to be elected to continue to serve in the role. “It is a privilege to serve the court system as the Chief Justice and to work with Wisconsin Court of Appeals and Circuit Court judges and their staff,” she said. “I will maintain my open-door policy to all who wish to discuss the administration of Wisconsin courts.”

Roggensack was first elected to the Supreme Court in 2003. She was re-elected to a ten year term in 2013.