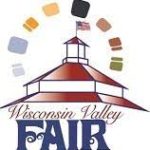 Despite calls for Ted Nugent to be taken out of the music lineup for this summer’s Wisconsin Valley Fair, the fair’s Board of Directors is not planning to do so. The Marathon County Democratic Party has threatened to boycott the fair because of Nugent, who has become an outspoken conservative figure and occasionally posts racially insensitive items on his social media.

Board President Kieth Langenhahn said the decision to book the rocker for the Wausau fair was not made with Nugent’s political leanings in mind. “He’s an entertainer that’s on the list that we get from our promoter and it has nothing to do with partisan politics. [The backlash] is quite a shock to most of the Fair Board members.”

Langenhahn said taking Nugent off of the lineup was never on the table for board members on Monday night. “We didn’t react on whether Ted Nugent was coming to the fair or not, we have a contract. We probably read more positive comments that he’s coming to the fair than negative.

Nugent is scheduled to play the fair on August 4th. “There are some people that are trying to make the fair, evidently, a partisan thing,” said Langenhahn. “We have no interest in trying to turn the Wisconsin Valley Fair into a politically partisan organization.”