An hours-long public hearing was held at the Capitol on Thursday, for a Republican-authored bill that would penalize students who disrupt events on University of Wisconsin System campuses. The legislation (AB 299) from Representative Jesse Kremer (R-Kewaskum) would require UW campuses to discipline students who disrupt speeches – including possible expulsion – and require the UW to remain neutral on political issues. 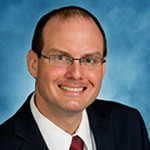 Assembly Speaker Robin Vos (R-Pleasant Prairie) testified in support of the bill. He was questioned by Democrats on the Assembly Colleges and Universities Committee, including Representative Don Vruwink (D-Milton).

“Are you not worried about the consequences? You don’t think this is going to produce people pushing back, or students pushing back and trying to push things to the limit? That’s what I don’t want to see happen,” Vruwink said.

The bill is being offered against a backdrop of contentious confrontations on college campuses across the nation. At UW Madison in November, an appearance by conservative pundit Ben Shapiro was interrupted by protesters. In March, at Vermont’s Middlebury College, remarks by controversial conservative academic Charles Murray were loudly disrupted, and Murray and university staff attacked. One professor was injured. And last month, an appearance by conservative media provocateur Ann Coulter at the University of California, Berkeley was canceled due to apparent security concerns. 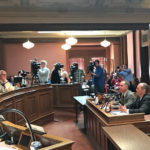 Kremer’s bill would create a disciplinary process and sanctions for students who “engage in violent, abusive, indecent, profane, boisterous, obscene, unreasonably loud, or other disorderly conduct that interferes with the free expression of others.”

Democrats on the committee cautioned that the broad language could leave the UW open to lawsuits. “Certainly this will end up in the courts,” said Representative Jill Billings (D-La Crosse). “I’m not so sure,” Vos countered. “Every bill could. You guys sue over almost every bill we pass. But they’re all found constitutional. It’s amazing.”

Jessica Tormey, chief of staff to UW System President Ray Cross, testified that UW officials don’t have a problem with the bill’s intent, but have questions about the bill’s language and how it would be implemented. Tormey said the discipline process “seems overly prescriptive to us and inflexible.”

Thursday’s hearing lasted for more than five hours, and opponents didn’t testify until late in the day. “Not only would this bill expel students for using their constitutional right to free speech, but also it could inhibit professors from conducting research and releasing research on critical public policy issues.” said Scot Ross with the liberal advocacy group One Wisconsin Now. “It’s worse than big government, it’s Big Brother.”