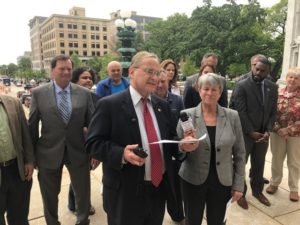 Republican lawmakers last month introduced a bill to eliminate the use of a prevailing wage on state government building projects. “Based on this new data, this is a huge mistake,” Barca said. “This not only will not save money, it will actually hurt Wisconsin taxpayers. So we’re hoping they’ll rethink that strategy.”