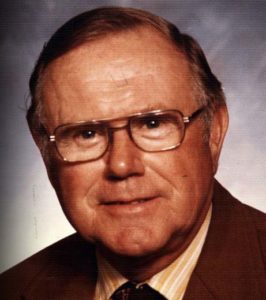 The first full-time president of the Green Bay Packers, Judge Robert J. Parins, died on Friday at the age of 98.

“Judge Parins was an excellent leader of the Packers, creating a foundation for the team’s successful organizational structure,” Packers President and CEO Mark Murphy said in a statement.

“His contributions during his time as president, board member and director emeritus over the course of 50 years were transformative, and we are extremely grateful for his dedication.”

Parins retired as team president in 1989 and was elected honorary chairman of the board.  Bob Harlan was elected to succeed him.

Parins graduated from Green Bay East High School in 1936 and attended law school at Wisconsin.  He served as a Brown County circuit judge from 1968 to 1982.