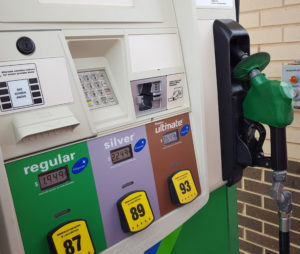 A transportation funding plan offered by Assembly Republicans is facing criticism from a state group that represents gas stations and other retailers.

Part of the plan unveiled last week includes a $0.05 cut in the gas tax, while also applying the state’s five percent sales tax to fuel purchases. Wisconsin Petroleum Marketers and Convenience Store Association executive director Matt Hauser says the proposal would result in a significant increase in the price of gas for consumers.

Hauser argues it will also hurt independent retailers and those along the state’s borders, where gas prices could be significantly lower the next state over. “It’s really one thing to flip from one station to the next for a two cent gallon difference…it’s an entirely different situation when that difference will likely be eight to ten cents a gallon or higher,” he says. “I’m worried about the ability of those businesses to survive.”

Hauser is also worried about a provision that calls for lowering the minimum markup requirement for fuel prices, which he says is intended to keep large chains from pricing out smaller competitors. “There has never been conclusive evidence that changing or eliminating the markup on gas would really do anything to offset the tax increase,” he says. “We’re concerned it’s really just a smoke screen to draw away from the real issue…that Wisconsin is getting ready to implement a significant tax increase on gasoline.”

Hauser argues just raising the state’s gas tax would be a more transparent and less burdensome way to increase revenues for road projects.