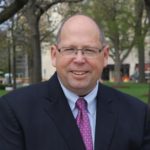 A Madison attorney has announced that he’s a candidate for the Wisconsin state Supreme Court. Tim Burns will challenge incumbent Justice Michael Gableman in the April 2018 election. “I’m not running as a Democrat, I’m not running as a Republican, I’m running as someone who wants to be a non-partisan judge,” Burns said Monday.

Burns is a partner at the Perkins Cole law firm in Madison, and the first announced candidate to challenge Gabelman. He said his decision was spurred by the results of the November elections. “The Trump election was a call to action. People need to get out there and run for office. They need to vote, and they need to work to make our democracy work.

Gabelman has yet to announce whether or not he plans to seek a second ten-year term on the state’s high court.