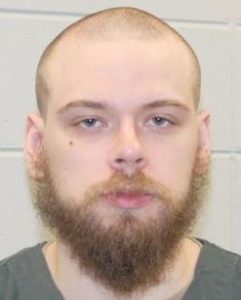 The man who shot and killed a woman outside of a Madison grocery store last year has died in prison.

Christopher O’Kroley shot and killed former co-worker Caroline Nosal as she walked to her car after a shift in February of 2016. O’Kroley had blamed Nosal for getting him fired from the store.

O’Kroley had been sentenced last September to life in prison with the possibility of parole. Investigators have not officially commented on the cause of his death.