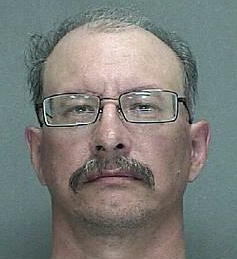 Charges have been filed in another county against the 53-year-old Green Bay man accused of sexually assaulting multiple horses.

In Manitowoc County, Sterling Rachwal faces misdemeanor counts of Intentionally Mistreating Animals and Disorderly Conduct. Prosecutors believe Rachwal used his hand to sexually assault a horse in a barn near the Brown/Manitowoc county line on April 29.

Rachwal is scheduled to make an initial appearance on Monday.

In Brown County, Rachwal faces three misdemeanor counts for allegedly molesting a horse in a Town of Eaton barn in February. He is due back in a Brown County courtroom on Tuesday.

Rachwal has been convicted several times across the state for incidents with animals, often horses. Those cases include:

In 1993 in Monroe County, he was convicted of three counts, including sexual gratification with an animal and mistreatment of animals causing death. He was sentenced to an eight-year prison term.

In 1996 in Waupaca County, he was convicted of four counts, including mistreating animals – but was declared not guilty by reason of mental disease or defect.

In 2010 in Fond du Lac County, he was convicted of disorderly conduct and sentenced to 90 days in jail. In that incident, he was found in a horse barn.