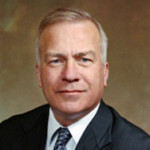 A state Senate bill to penalize sanctuary cities is being circulated for cosponsors. The measure from Senator Steve Nass (R-Whitewater) is similar to one which passed the state Assembly last year, but never came to a vote in the Senate.

Christine Neumann Ortiz with the immigrant group Voces de la Frontera says the bill is at odds with public sentiment. “We’re rejecting the kind of xenophobia and racism and discrimination that is really being aggressively promoted,” she said.

Thousands of people rallied in Madison last year in support of immigrants — and again in February in Milwaukee. Neumann Ortiz says that’s likely to happen again. “Because I do believe this is moving forward, and we must be willing to do it again.”

The bill (SB 275) would prohibit counties and municipalities from passing ordinances, resolutions or policies that bar employees from inquiring about immigration status, notifying the federal government about anyone living in the U.S. illegally or assisting with immigration enforcement.

In the Texas legislature on Monday, a bill targeting sanctuary cities sparked protests in the Capitol, and a confrontation between two lawmakers, each of whom accused the other of threatening him.