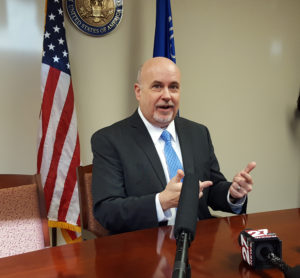 Wisconsin Congressman Mark Pocan says he will work to make the Congressional Progressive Caucus “the voice of the resistance.”

The third term House Democrat from the Madison-area was elected Tuesday as one of two chairmen of the 74 member progressive wing of the House — the other being Arizona Democrat Raul Grijalva.

Pocan said he will lead the fight against what he calls “the bad ideas” from the Trump administration and majority Republicans in Congress. He will also push “progressive policy alternatives” to show people “there’s a path forward.”

Pocan said President Donald Trump’s proposed federal budget released Tuesday is a prime example of what his group will work against.