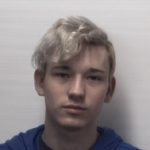 Two people from Milwaukee have been arrested in Crawford County after being discovered living in a building on the property of the Kickapoo Indian Caverns. Deputies took 36-year-old Elizabeth Perry Rydz and 20-year-old Brandon Wantroba into custody last week on charges of burglary.

The pair told investigators that they had been staying at the property periodically over the past month, and that they planned to claim the property, which is for sale, as their own.

According to an acquaintance, Rydz and Wantroba are members of a religious group named The United Council of Magna Verta. They were looking for places to survive a potential nuclear attack on the United States. 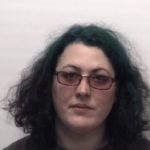 Investigators cleared the building and cavern, where they found food, beds, clothes, personal hygiene items, and digging tools.  The only items missing from the buildings were a necklace made of animal teeth and a sign. Both items were found in a vehicle owned by Rydz.

Rydz and Wantorba were released from jail on a $1000 signature bond. The case remains under investigation.