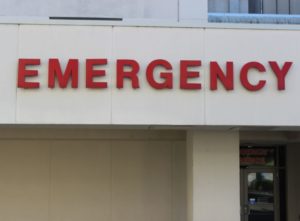 A major health insurance provider says it will reduce its individual plan offerings next year, as a result of continued uncertainty surrounding the future of the Affordable Care Act.

Anthem Blue Cross and Blue Shield said Wednesday that uncertainty in the individual market is driving the decision to stop offering plans in 2018, outside of a one off-exchange medical plan in Menominee County. “The Wisconsin individual market remains volatile, making planning and pricing for ACA-compliant health plans increasingly difficult,” Anthem officials said in a statement.

Republicans were quick to argue the announcement is a further sign the Affordable Care Act is collapsing, and Congress needs to move forward with plans to repeal and replace the law. “Growing uncertainty in the health insurance market was created by Obamacare’s costly regulations and it is causing higher premiums and a lack of options,” said Governor Scott Walker in a statement. “If we do nothing, more companies will back out and more people will lose coverage.”

Democrats were quick to argue though that the uncertainty among providers is being caused by Republican efforts to disrupt the ACA marketplace.

“Instead of trying to increase access to health insurance, they continue to put up road blocks,” argued state Sen. Jon Erpenbach (D-Middleton). “Continued threats by the GOP to eliminate insurance subsidies for working families have been what the insurance industry itself has called the ‘single most destabilizing factor in the individual market.’”