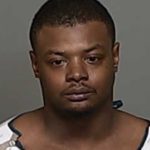 A man killed by an Appleton police officer in a downtown bar was a bystander. Outagamie County District Attorney Carrie Schneider says Lieutenant Jay Steinke was firing at a man with a gun inside Jack’s Apple Pub last month, and he was pushed by people trying to get out of the bar.

She says 33-year-old Jimmie Sanders of Milwaukee was hit by one of the shots and he died.

Schneider is clearing Steinke of any criminal charges in the shooting. She says she based that decision on surveillance video, interviews, and an analysis of the actions that law enforcement must take in connection with the use of deadly force.

Schneider says 33-year-old Henry Nellum of Milwaukee fired a shot at another man during a fight, and Steinke went into the bar to stop the threat.

She’s charging Nellum with felony murder for the death of Sanders.