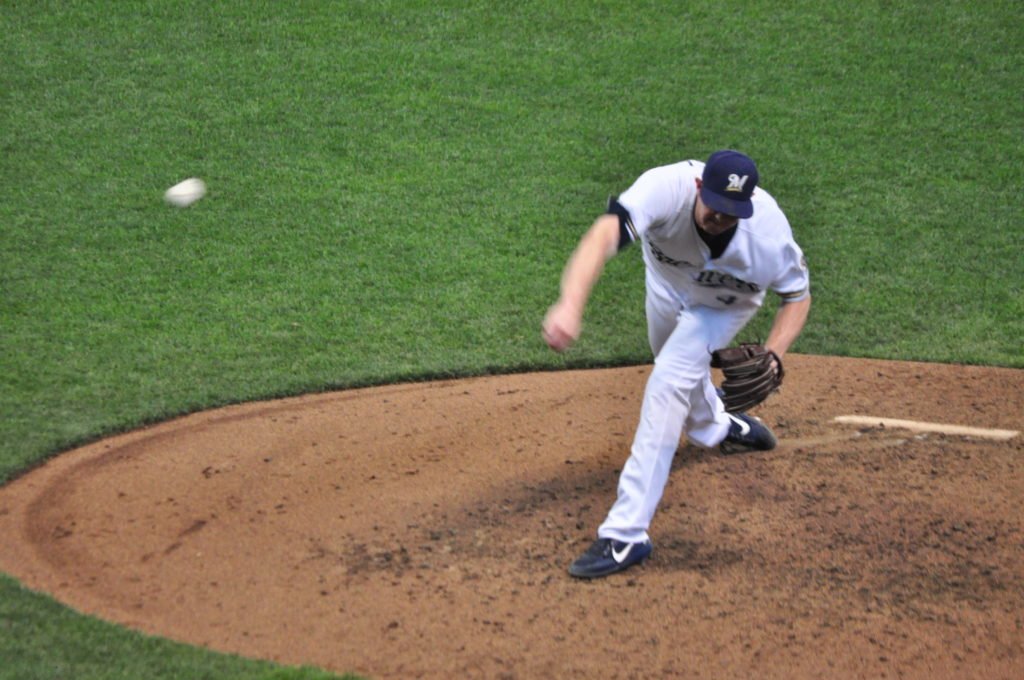 The Milwaukee Brewers finished off a split of their four-game series against Pittsburgh with a 4-2 victory Thursday afternoon at Miller Park.

Eric Sogard went three for four with two doubles, scoring twice and prevented a run with a defensive gem in the eighth inning.

Travis Shaw hit his 14th homerun of the year to go along with two doubles while driving in three. Chase Anderson got the win to improve to 6-2 going six innings and allowed two runs on two hits while striking out seven.

Cory Knebel tossed the ninth for his 12th save and set a major league record in the process.  Knebel struck out Josh Bell in top of 9th swinging.  Knebel has at least one strikeout in each of his 38 appearances (37.2 ip 65K) a new MLB record to start the season.