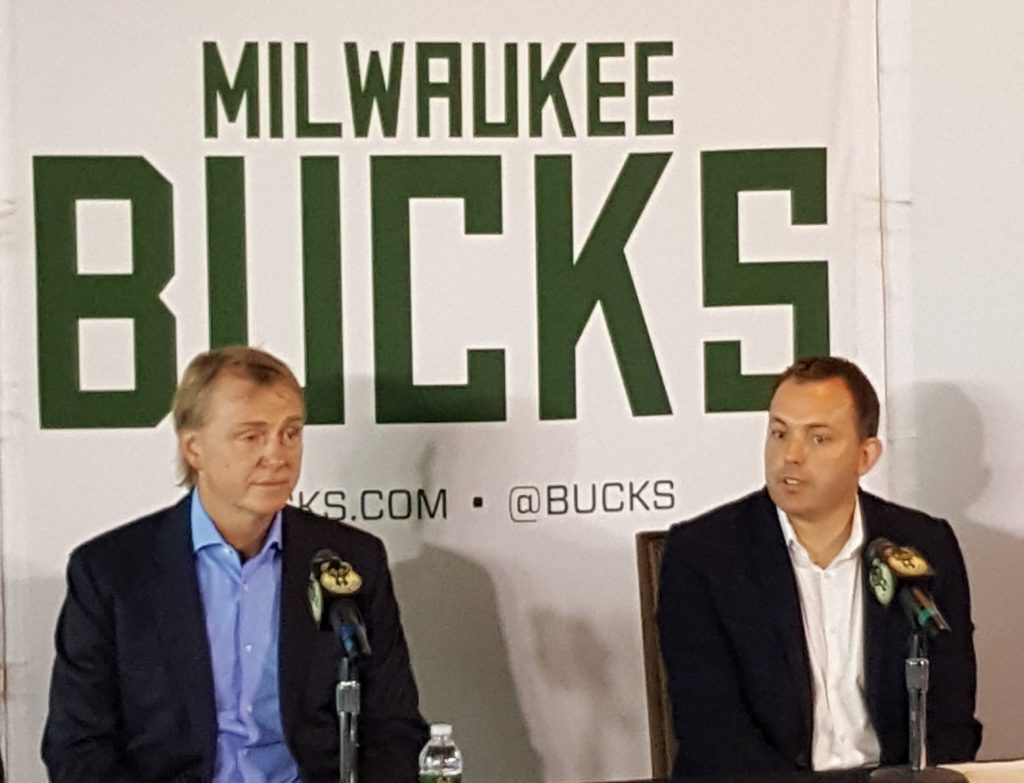 The Milwaukee Bucks have named Jon Horst as General Manager. Horst, 34, has served as the team’s Director of Basketball Operations since 2008 where he was instrumental in personnel evaluation, salary cap management and contract negotiations.

“Our No. 1 priority is building a championship-caliber organization and we believe Jon is the right person to be our General Manager,” said Bucks owners Wes Edens, Marc Lasry and Jamie Dinan. “He has been an integral part of basketball operations for the last nine years, and has helped advise us on every major basketball decision since we purchased the team. Jon is very talented, capable, organized and someone we have leaned on for his strategic thinking and ability to execute our vision.

“There is a tremendous level of enthusiasm surrounding our new state-of-the-art arena, the Froedtert & the Medical College of Wisconsin Sports Science Center and transformational development of downtown Milwaukee. We’re excited about the future of our organization and are confident that Jon will lead our team to the highest level.”

Horst began his NBA front office career with the Detroit Pistons in 2005 and joined the Bucks basketball staff in 2008.

“I’m extremely grateful to our ownership group for their faith and trust in me,” Horst said. “Wes, Marc and Jamie have demonstrated a commitment to building a championship-caliber team, providing the necessary tools and resources, and I’m excited to execute their vision. In my new capacity, I’m looking forward to working with Jason Kidd and the coaching staff, along with our world-class performance team, to give our talented players the support they need to bring a championship to Milwaukee and the state of Wisconsin.”

Horst graduated from Rochester (Mich.) College in 2006 with a degree in sports management. He was a four-year member of the school’s men’s basketball team that won the United States Collegiate Athletic Association National Championship in 2004 and 2005. He and his wife, Mia, have two children, Sophie and Zeke.