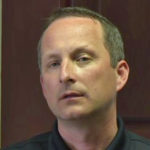 The body of a third person has been recovered from the site of Wednesday’s mill explosion in Columbia County. That word came Friday from Didion Milling Vice President of Operations Derrick Clark, who said the body was recovered with the help of a search and rescue dog Friday morning.

As for the cause of blast that killed three workers: “I’m not going to suppose what the cause was, because we just don’t know right now.”

The victims are identified as mill operator Duelle Block, forklift operator Robert Goodenow and pack operator Pawel Tordoff. “The fatalities that we had are three great folks, and out of respect for the families’ privacy, I don’t want to get into that too much.”