You are here: Home / News / Fourth of July weekend could break travel records 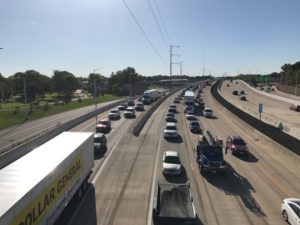 The upcoming Fourth of July holiday could bring record-breaking travel numbers across the country and in Wisconsin.

Nick Jarmusz with AAA-Wisconsin says more people than ever are expected to travel during the holiday period, which starts today and runs through Tuesday. Nationally, AAA projects 44.2 million Americans will take a trip during the holiday, with about 952,000 of those coming from Wisconsin.

Jarmusz says a major factor is that the cost of traveling is way down compared to recent years, with hotel rates, tickets, and gas prices below where they were at this time last year. Gas prices in Wisconsin are about $0.15 lower than they were during the Fourth of July period last year, with a current statewide average of about $2.22 for a gallon of regular unleaded fuel.