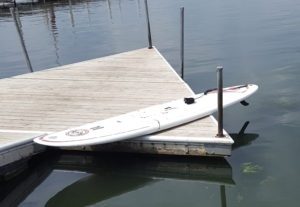 The water craft have exploded in popularity in recent years, as have the number of people cited for not wearing or having a personal flotation device available while using one. State Representative Paul Tittl (R-Manitowoc) says it’s unreasonable for hundreds of people to receive tickets in those situations.

Tittl argues wearing a life jacket should be optional for paddle boards, which are typically used on calmer bodies of water. He’s introduced legislation that would allow users age 18 and older to go without one, although they would need to have a tether attaching them to the board. He says that would make it so “if you would fall in the water, you could basically pull back on that little tether rope, and have your flotation device right there.”

The change would not apply to bodies of water in the state that are under federal jurisdiction, such as the Great Lakes and Mississippi River.

The bill has not yet been scheduled for a public hearing at the Capitol.