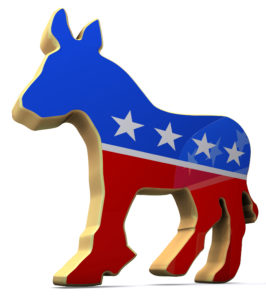 Wisconsin Democrats will be looking to regain ground lost during the 2016 elections, as they meet for their annual state convention this weekend.

After seeing the presidential and U.S. Senate races go to Republicans, and losing seats in the state Assembly and Senate, Democrats are hoping to rebuild. Democratic Party of Wisconsin Chair Martha Laning says those efforts are already underway. “We have great excitement – and what we’re doing to harness that excitement is we’re taking our party back to the grassroots.”

Laning says they want to have people out in every corner of the state talking about and recruiting their next slate of candidates. “We are turning on the off year,” she says. “We are doing exactly what we need to do to find those great candidates.”

One area where candidates are not yet emerging though is in the 2018 race for governor, which is expected to see Republican Governor Scott Walker seeking a third term in office. Several high profile Democrats, including U.S. Rep. Ron Kind (R-WI) and

State Senate Minority Leader Jennifer Shilling (D-La Crosse), have already said they are not planning to run, and the only declared candidate so far is Bob Harlow – a 25-year-old Barneveld native who previously ran for Congress in California. Others are considering their options still and Laning says there’s no rush. “We’re going to have a primary, and that’s a great thing because it allows people to really talk about what they’re going to do to represent our party and for people to get excited about those candidates.”

The convention takes place today and Saturday in Middleton.