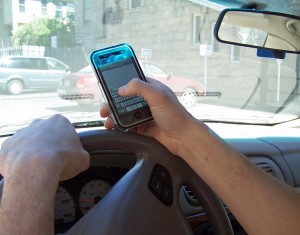 While state laws have been changed in recent years to help police target drivers who text while behind the wheel, a group of state lawmakers is concerned current rules on distracted driving are not going far enough to address the many other uses for smart phones.

State Representative Ron Tusler (R-Harrison) says smart phones have reconstructed the way people communicate, and most people agree they are a net positive for society. However, he notes the rise in their use has also coincided with higher levels of distracted driving crashes. “Distracted driving abruptly ended 121 lives in Wisconsin last year – up 68 percent from 2016,” he says. “Distracted driving caused 25,000 accidents last year and 11,000 injuries.”

State lawmakers have introduced a bill that would create tougher penalties for drivers who cause crashes by being “data impaired.” Violators could face a minimum fine of $100, as well as prison time if they hurt or kill someone by causing a crash.

The bill would have exemptions for talking on a smart phone or using a GPS device, but would otherwise penalize drivers who text, use social media, or do other work on an electronic device while operating a vehicle.

Tusler says it sends a message to drivers that they need to “keep your hands on the wheel, and your eyes on the road.”