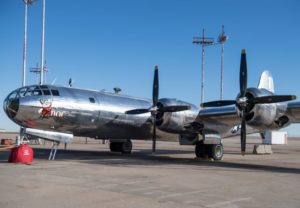 An aviation tradition gets underway in Oshkosh today, as the Experimental Aircraft Association’s AirVenture opens its 65th annual fly-in.

What started as a gathering of 21 airplanes in Milwaukee in 1953 has turned into an event with 10,000 airplanes and a half million visitors each year in Oshkosh, according to spokesman Dick Knapinski.

Among the man attractions appearing at the show this week include full performances by the U.S. Navy’s Blue Angels, a reunion featuring eight Apollo astronauts, and more than 300 war birds – including two B-29 bombers.