You are here: Home / News / Gronik announces run for governor 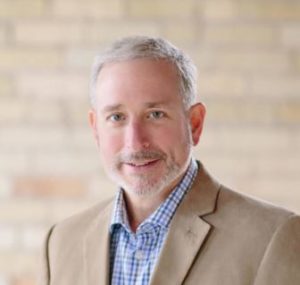 A Milwaukee businessman has announced he will seek the Democratic nomination in the race for governor.

On his campaign website, entrepreneur Andy Gronik says he wants to restore good-paying jobs, make public education the best choice for learning, and provide affordable healthcare for everyone in Wisconsin. “After spending the past 18 months listening to hundreds of people across Wisconsin, and having countless conversations at kitchen tables, it is clear to me that Governor Walker has failed our state. He’s put politics over people and Wisconsinites have paid the price. It’s unacceptable and it’s why we must work to bring real change to Madison,” he says.

The 60-year-old is a political newcomer and argues his experiences as a business leader will allow him to beat Republican Governor Scott Walker. “It’s time for a different kind of leadership in Madison,” says. “I’m not a politician. I’m a business leader with the progressive values necessary to beat Governor Scott Walker and make living in Wisconsin better for all of our residents.”

Walker has not officially announced he will seek a third term, but is expected to make a decision after work on the budget is complete. Gronik is the first Democrat with a major backing to announce his candidacy, while several others are still considering a bid. Barneveld-native Bob Harlow is the only other announced candidate.

Republicans were quick to offer criticism of Gronik. Republican Party of Wisconsin spokesman Alec Zimmerman described him as an “out-of-touch con artist” who has “offered only far-left fantasies and shady political behavior.”

“Andy Gronik has already made it clear that Wisconsinites can’t trust him to do the right thing,” said Zimmerman.

Walker’s campaign also sent out a fundraising email Tuesday morning, after Gronik’s announcement, where it announced they raised $3.5 million in the first half of the year – more than Walker had raised during the same time period in 2013.

“I am humbled by the overwhelming support for moving our state forward,” Walker said in a statement. “With Wisconsin ranking as a top 10 state for business and education, more people working than ever before, and the lowest unemployment rate since 1999, our bold reforms have our state headed in the right direction for hard-working families.”