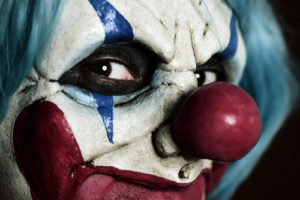 Madison Police are investigating a report from two children, who claim they encountered a pair of “scary” men dressed in costumes and carrying knives.

A report from the department says the two girls, ages nine and 11, were playing outside Sunday evening on Madison’s south side, when the saw the two men.

One was dressed as a clown, while the other was wearing a Halloween-type mask. The children told police them men spoke to them as they ran up the street.

A department spokesman says there were no other sightings of the pair and officers are working to verify the report.