You are here: Home / Packers / Crosby off to a solid start in Training Camp 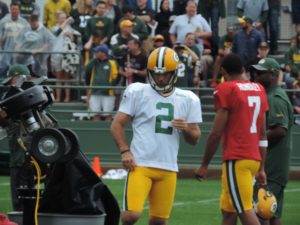