You are here: Home / News / Cullen to head Common Cause in Wisconsin 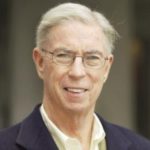 A former state Senator and Wisconsin Department of Health and Human Services Secretary from Janesville is taking over as Chairman of the Board for the state’s largest non-partisan citizens political reform organization.

Cullen says Common Cause is re-committing its reform work to unite Wisconsinites toward reestablishing open, accountable, and transparent state government.