You are here: Home / Business / GOP bill would allow for mining in Wisconsin 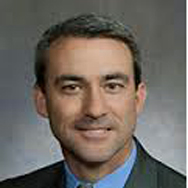 The controversial issue of mining is back on the legislative agenda. Representative Rob Hutton (R-Brookfield) is cosponsor of a bill to repeal the state’s existing mining moratorium — which requires any new mine to prove it can be done in a manner that’s environmentally safe.

The bill “doesn’t automatically assume that a permit is going to be issued, it doesn’t bypass any regulations,” says Hutton, who is partnering with state Senator Tom Tiffany (R-Hazelhurst) on the measure.

The proposed legislation is viewed with alarm by an environmental group. “The reason we’re so concerned is that, according to the EPA, sulfide mining is the most toxic industry in America,” says Kerry Schuman, executive director of the League of Conservation Voters.

Schuman says it’s associated with “a laundry list” of potentially hazardous chemicals. “It’s everything that we try to avoid, and sulfide mining just releases it in huge quantities and can do an incredible amount of damage.”

“We’re not bypassing any type of process, to allow any mining company to come into the state of Wisconsin, by doing anything other than following the permitting process,” says Hutton. “It will probably take up to four to five years before there is a shovel in the ground, and we’re simply saying ‘let’s allow that process to begin.'”

Hutton says residents of northern Wisconsin are asking for the jobs a revival of mining would bring. Lawmakers hope to hold a public hearing next month in Ladysmith, the site of the former Flambeau mine.