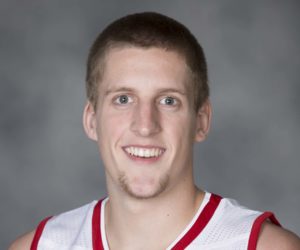 Brevin Pritzl helped the Wisconsin men’s basketball team get their five-game foreign trip off to a good start.  Pritzl poured in 27 points, including 7 of 9 from distance, as the Badgers knocked off the New Zealand Breakers 85-75 in Auckland on Tuesday morning.

Junior center Ethan Happ added 17 points and freshman guard Brad Davison had 13 for the Badgers, who outscored the Breakers 28-18 in the final quarter.

Happ is the only returning starter for a Badger team that won 27 games a year ago.

The Badgers continue their exhibition tour with a game against Tauranga City on Thursday.  Tip-off is set for 1:30 a.m. Wisconsin time.  Following that game, the Badgers will head to Australia for three more games.