You are here: Home / News / Ryan gets national audience with CNN town hall 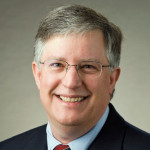 House Speaker Paul Ryan of Janesville is putting himself in the national spotlight. Marquette University political scientist Charles Franklin says he’s a little surprised that Ryan agreed to Monday night’s nationally televised town hall — but suspects he wants to use the platform to talk about tax reform. That’s been the subject of a number of events Ryan has held recently, at businesses in his district.

“That’s my best guess about why he would do this now,” Franklin said. “We’ll see if there are other surprises.”

The CNN town hall comes at a time when President Donald Trump — and by extension Republicans in general — are under intense public and media scrutiny. “It may also be that as leader of his party in the House, he feels some obligation to go out and speak for the party,” Franklin said.

The Racine town hall will be moderated by CNN’s Jake Tapper, and Ryan will take questions from constituents from his 1st Congressional District. It starts at 8:00 p.m.