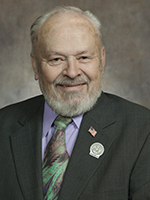 The Foxconn incentives package was not the only issue getting a lengthy hearing at the Capitol on Thursday. Lawmakers heard testimony on a bill to require the Department of Public Instruction and Department of Natural resources to develop curriculum for a firearm education course, which could to be offered as a high school elective.

The curriculum would have to incorporate the history, science, and mathematics of firearms. The bill also prohibits live ammunition to be allowed in such a course. The bill’s authors suggest such a course could provide students with knowledge of gun safety, as well as an activity for those not interested in traditional sports.

“Students who learn about the history, mathematics, technicalities of firearms, are going to be given . . . an education on the beginnings of how firearms work, how the physics of them work, how they are tailored, and that may be well the spark that they need to enter the workforce and lower the brain drain here in the state of Wisconsin,” said Representative Joel Kleefisch (R-Oconomowoc).

Kleefisch also bristled at some of the questioning by Democrats on the Assembly Education Committee, suggesting they are biased against firearms. “I’m fairly certain . . . that there are folks in this room and on this panel who would rather see every firearm in the state put in a heap and crushed into a pile of metal.”

Noting that many districts already have sport shooting teams, Representative David Bowen (D-Milwaukee) questioned the bill’s author, Representative Ken Skoworonski (R-Franklin). “Don’t you think that this opens up a can of worms with the other sports, that students would want to get credit . . . to learn about those sports as well?” Skoworonski said he didn’t think that would happen.

The Wisconsin Association of School Boards took no stance on the bill (AB 455), but the group’s Dan Rossmiller posed a question to the committee. “How would you like us to use the precious minutes we have, in the limited number of instructional days that we have in each school year?”

Anneliese Dickman of the Wisconsin Anti-Violence Effort testified against the bill. “The bill’s sponsors have been quoted in the media . . . that this legislation is needed to prop up the shooting sports industry. They won’t to encourage young people to take up shooting sports because they’re regular participants are aging out of the sport. They want young people to become lifelong firearms consumers.”