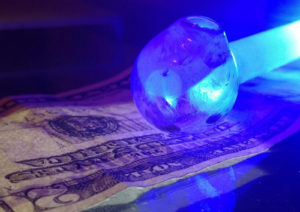 Help is on the way in the effort to combat Wisconsin’s drug problem.

Attorney General Brad Schimel plans to appoint a new assistant attorney general to aid in the prosecution of cases related to methamphetamines, which he says is a growing problem in the state. “Looking at a 2011-2015 snapshot, we saw methamphetamine cases in Wisconsin rise between 250-300 percent,” Schimel says

The AG says the new prosecutor will work primarily on their effort to cut off the supply of drugs that enter the state. “We’re working big cases, and this prosecutor is going to work closely with those investigators, with local law enforcement, and with the county DA’s to handle the biggest and most complicated of these cases.”

Schimel says the assistant attorney general will be based out of Eau Claire, which he says will help deal with a problem that’s especially notable in that part of Wisconsin. “When you get up to the northwest part of the state, most of those offices are one or two prosecutors. They simply get overwhelmed with these kind of cases.”

Schimel says they are also focusing on prevention. “As I’ve gone to all these counties, I’m hearing from more and more of them that methamphetamine was outpacing heroin in a lot of the counties and now, the crime lab results are showing it.”

He notes the vast majority of meth is not being produced in one pot labs in people’s homes but rather coming from Mexico.

No word on who will serve in the role or when that person will start.