You are here: Home / News / Taylor introduces police use of force legislation 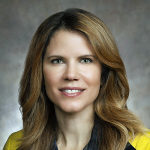 A bill (AB 438) authored by Taylor requires use of force policies to incorporate five principles: that the primary duty of all law enforcement is to preserve the life of all individuals; that deadly force is to be used only as the last resort; that officers should use skills and tactics that minimize the likelihood that force will become necessary; that, if officers must use physical force, it should be the least amount of force necessary to safely address the threat; and that law enforcement officers must take reasonable action to stop or prevent any unreasonable use of force by their colleagues. The measure also prohibits disciplining a law enforcement officer who reports a violation of a law enforcement agency’s policy regarding the use of force.

“The Law Enforcement Standards Board, which in Wisconsin is the entity that comes up with what the training standards are . . said these 5 principles are totally consistent with the training that officers receive,” Taylor said. 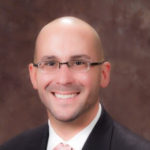 Jim Palmer, Executive Director of the Wisconsin Professional Police Association, responded to a request for comment on both bills:

While we believe that most law enforcement agencies in this state conduct more than eight hours of use of force training each year, the intent of AB 439 to establish a uniform requirement has merit. While having certain uniform standards can be very beneficial, we also want to make sure that agencies can be responsive to the unique public safety needs of their communities as well. The specific amount of training time required can probably be best discerned during the course of the legislative process.

With respect to Rep. Taylor’s bill to incorporate certain principles in a statewide use of force policy (AB 438), we are disappointed that the bill presumes to create something that doesn’t already exist, because that’s not really accurate. Nearly everything the bill intends to create already exists under Wisconsin law and the law enforcement training curriculum in our state. Wisconsin has been a national leader in 21st century policing, but proposing legislation under the guise of creating something new when it already exists is misleading. As such, it is our view that AB 438 is a contrived bill that is sure to over-promise and under-deliver.

Both bills have been referred to the Assembly Committee on Criminal Justice and Public Safety.