You are here: Home / Brewers / Brewers will play meaningful baseball in September 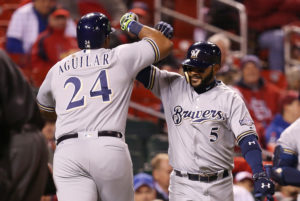