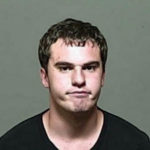 Cash bond has been set at $500,000 for a 19-year-old Grand Chute man accused of firing the shot which killed a 20-year-old man on Sunday.

Trevor Teela, who faces felony counts of First Degree Intentional Homicide and Manufacturing/Delivering THC, is accused of killing Benjamin Graves in the 600 block of Olson Avenue.

Seventeen-year-old Elian Coronado has also been charged with two felonies, Possesion of a Firearm by a Felon and Manufacturing/Delivering THC.

According to the criminal complaint, Coronado told officers that he and Teela set up a drug deal with Graves and another man. When Coronado thought Graves was going to leave without paying for the drugs, they reportedly started fighting. 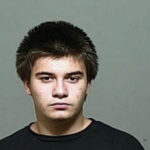 Coronado allegedly told investigators that he heard Teela make a comment toward Graves, prior to hearing a single gunshot in Graves’ direction.

The 17-year-old then reportedly saw Graves lying on the ground. No word on when Teela or Coronado are due back in Outagamie County Court.