You are here: Home / Legislature / Hintz warns against including Rent-to-Own changes in budget 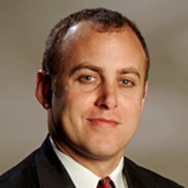 As lawmakers get set to wrap up committee work on the state budget this week, a Democrat on the Joint Finance Committee is worried about a possible last-minute attempt to make changes to state consumer protection laws.

While no bill has been introduced, state Representative Gordon Hintz (D-Oshkosh) says there has been lobbying activity on exempting the rent-to-own industry from the Wisconsin Consumer Act. Such a move would end a requirement that those businesses disclose the interest rates customers are paying. Hintz says allowing consumers who use rent-to-own services to know the true cost of the product “makes all the difference in the world.”

Hintz worries such a change would lead to an explosion of those businesses in the state, which he argues would be costly for consumers who don’t understand the high interest they are paying compared to even purchasing an item with a credit card. “If you take away having to show what the true cost of that product is, then over time they end up paying ten times what they would have than if they had just purchased the product outright,” he says.

A similar provision was included in Governor Scott Walker’s 2013 state budget, but was eventually removed by the Joint Finance Committee. Hintz is worried it could be added in again Tuesday night during the final motion the committee considers, which is typically a catch-all provision that includes a variety of last minute additions to the budget.