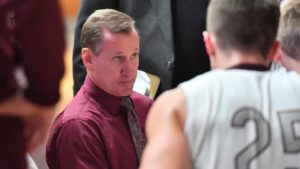 The University will hire an interim coach for the upcoming 2017-18 season and conduct a national search for a full-time replacement at the end of the upcoming season.