You are here: Home / News / McCabe enters race for governor 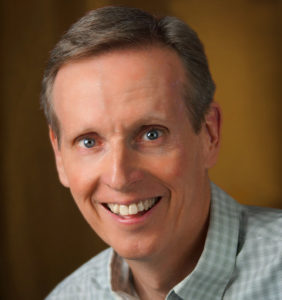 The former head of a state government watchdog group is joining the list of Democratic candidates in the race for governor.

Mike McCabe, who served as executive director of the Wisconsin Democracy Campaign, launched his run Tuesday at a farm in Curtiss, where he grew up. McCabe argued that the people of Wisconsin have been divided into groups of royals and commoners, with government only working for the wealthy class. He said he’s running for governor because he wants to make sure government works “as well for the commoners as it does for the royals.”

McCabe is running in the Democratic primary, even though he says he is not a member of the party. He said the decision is about making sure he can have an impact in the race under a two party system, which discriminates against third party or independent candidate. “That path is a tough one to take, if you want to have an impact on an election – if you want to make change,” he argued, while noting that the vast majority of Wisconsin voters don’t actually belong to a political party either.

Republican Party officials accused McCabe of being a hypocrite. In a statement, Republican Party of Wisconsin spokesman Alec Zimmerman said that “phony Mike McCabe posed for years as a pro-reform activist but was in reality taking money from dark-money heavyweights and practicing the partisan politics he condemns.”