You are here: Home / News / Pence to visit Waukesha Thursday 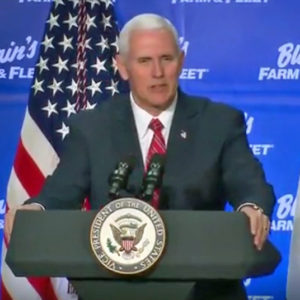 Vice President Mike Pence will join Governor Scott Walker at a suburban Milwaukee factory Thursday, during a visit to Wisconsin.

Pence and Walker will tour a Weldall Manufacturing, Inc in Waukesha, hours before the vice president is scheduled to host a fundraiser in Milwaukee. According to the White House, Pence will discuss the need for tax reform with local business leaders, community officials, and Wisconsin families.

The visit comes a day after President Donald Trump unveiled a tax reform package, which calls for massive cuts and an overhaul of the nation’s tax code.