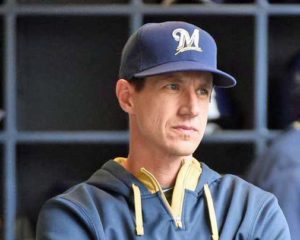 The question is, will back-to-back losses hurt Josh Hader’s confidence?  First and foremost, he’ll need to see that the team still believes he can get the job done.

Brewers manager Craig Counsell said Monday veteran right-hander matt Garza, who was bumped from his scheduled start on Sunday, will start the series finale in Cincinnati on Wednesday.

The move allows the Brewers to push Jimmy Nelson back to Friday in the series opener against the Cubs in Chicago.

Rookie Brandon Woodruff will pitch next Monday at home against Pittsburgh.