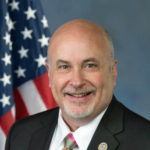 Last week, House Speaker Paul Ryan said he didn’t think President Donald Trump should move to end the DACA program. On Wednesday, the Wisconsin Republican said the president “was right in his decision” — and that it’s now up to Congress to pass legislation that will allow those impacted to remain in the U.S.

“He made the right call,” the Janesville Republican said Wednesday, arguing that former President Barack Obama had overstepped his authority in establishing the Deferred Action for Child Arrivals program. DACA provides renewable two-year work permits for immigrants brought to the United States as children, allowing them to live without fear of deportation.

“I’m also encouraged by the fact that he gave us time, to work out a consensus, to find a compromise. Because these kids, for the most part, don’t know any other country besides the United States,” Ryan said.

“I think anyone betting on Congress is making a bad bet,” said 2nd District Representative Mark Pocan. The Democrat is not optimistic that a legislative solution can be found, but that DACA recipients and their advocates need to work with reasonable Republicans.

“We have to find the ones that have a backbone and a conscience, and get them to stand up and do the right thing,” Pocan said.

The Trump administration will stop considering new applications for legal status dated after Tuesday, but will allow any DACA recipients with a permit set to expire before March 5, 2018, the opportunity to apply for a two-year renewal, if they apply by October 5.