You are here: Home / Crime / Courts / Suspect in custody after murder in Appleton 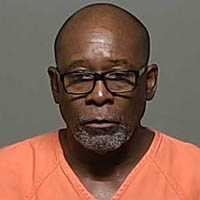 Appleton police say a 48-year-old woman was murdered early Thursday morning at a duplex on the city’s southeast side.

Police arrested 58-year-old Johnny Scott and have identified Annie Ford as the victim. Scott is in custody on possible charges of first-degree intentional homicide and reckless endangerment.

Police say officers responded to two calls at the duplex Wednesday night, and they were told the situations only involved arguing and there were not grounds for an arrest at the time.